Interview to “The Orange Letter” 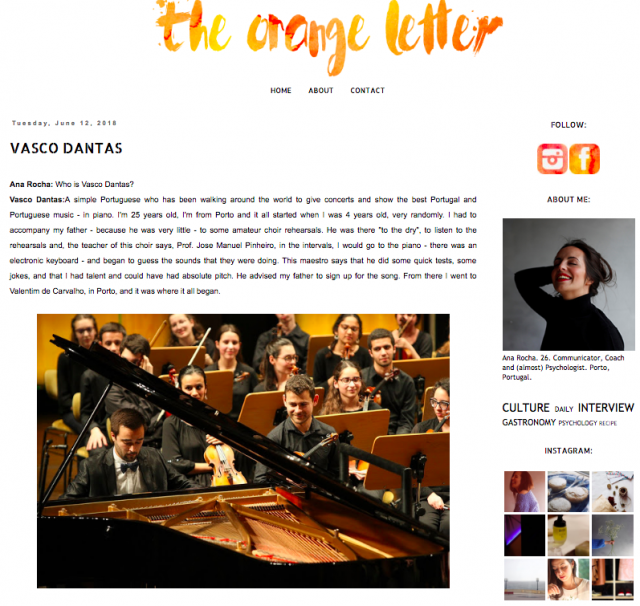 Ana Rocha: Who is Vasco Dantas?
Vasco Dantas:A simple Portuguese who has been walking around the world to give concerts and show the best Portugal and Portuguese music – in piano. I’m 25 years old, I’m from Porto and it all started when I was 4 years old, very randomly. I had to accompany my father – because he was very little – to some amateur choir rehearsals. He was there “to the dry”, to listen to the rehearsals and, the teacher of this choir says, Prof. Jose Manuel Pinheiro, in the intervals, I would go to the piano – there was an electronic keyboard – and began to guess the sounds that they were doing. This maestro says that he did some quick tests, some jokes, and that I had talent and could have had absolute pitch. He advised my father to sign up for the song. From there I went to Valentim de Carvalho, in Porto, and it was where it all began.